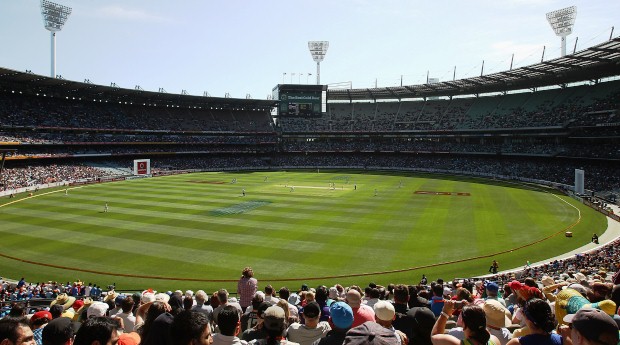 The Melbourne Cricket Ground will host the Final of the Cricket World Cup 2015.

Earlier today, the International Cricket Council confirmed the MCG had won the rights to host the tournament’s showpiece encounter as the fixtures and venues for the biggest global sporting event of 2015 were released at Peninsula at Docklands.

A total of 14 cities in Australia and New Zealand will host 49 matches over 44 days in February and March 2015.Cricket Victoria Chief Executive Officer Tony Dodemaide said the organisation was delighted to learn the Final would be staged in Melbourne.

“The MCG will provide the perfect backdrop to open and close the Cricket World Cup 2015,” Mr Dodemaide said.

“As the sporting capital of the world, the Victorian public is renowned for turning out in their droves and I’m sure this occasion will prove no different.

“It’s an exciting announcement for Victorian cricket and we look forward to the world’s best cricketers featuring prominently at the MCG.”

For more information on the Cricket World Cup 2015, click here.