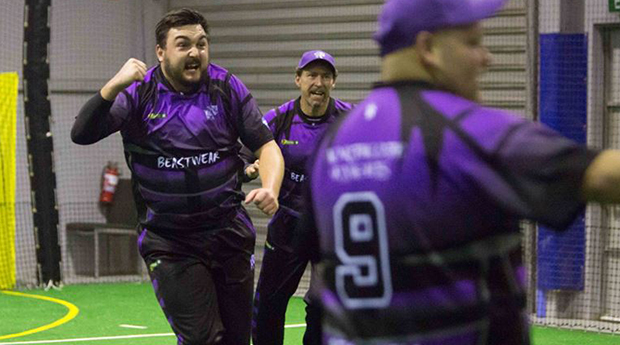 Another weekend of NICL action saw the women complete rounds 8 and 9 while the men completed rounds 9 and 10.

Northcote Pirates achieved their first win of the competition with a narrow 7-run victory over Monash Tigers. Batting first, a 37-run partnership between Jacob Curruthers and Taite Volitakis steered the Pirates to a competitive total of 97 before a 40-run opening stand between Mackenzie Harvey and Nick Suppree threatened to steal victory. In the end, the target was too much for the young Tigers outfit to chase.

Melton also caused an upset, taking a 12-run win in their cross-zone match against Frankston Sharks. Steve Robertson (16 runs, 2 wickets) led the way for the Falcons. For the Sharks, Cam Dinger continued his strong form with the bat scoring 24.

Cranbourne returned to the winners list with a comfortable 55-run win over North Geelong Supercats. In one over Josh Gregory tore through the Supercats claiming 5 wickets, while David Dervan (15 runs, 3 wickets) and Jack Craig (19 runs, 1 wicket) were also strong performers for the Kings.

Croydon Raiders also continue their dominance over the Victorian competition, with a 69-run victory over Hoppers Crossing. Justin Perkins again led the way for the Raiders with 16 runs and 2 wickets.

In the second round of double-header matches for the weekend:

The match of the round in the Women’s competition saw Springvale Scorpions sneak away with a narrow 2 run victory over Melton. A 36-run partnership between Lani De Jong and Amy Jennings saw the Scorpions to 50 at the halfway point of their innings, in pursuit of Melton’s 65. However, 2 wickets each to Chloe Rafferty and Ruby Brook almost took the game away from Springvale.

The Kings were also narrow winners in their top of the table clash against Northcote Knights 67-57. Julie Carruthers (23 runs) and Nicole Martin (24 runs) set up a strong platform for the Kings batting first, despite 4 wickets to Emma Medland. The Kings bowling depth was also too strong for the Knights, Sandy Davis leading the way with 3 wickets.

The Falcons won their top of the table clash against Monash Tigers 115-96. Leanne Netto made 25 runs in the victory.

In the second round of double-header matches in the East: