Cricket Victoria expresses its condolences to the family and friends of former State and International umpire John Richard (Jack) Collins who passed away on Friday 18 June 2021 at the age of 88.

Mr Collins umpired 5 Test Matches, 1 One-Day International, 41 First Class games and 9 List A Games, was a Member of the CV 200 Club (235 Matches total between International, Domestic and District/Premier Cricket) and was inducted as a Life Member of the VCAUSA in 1976. 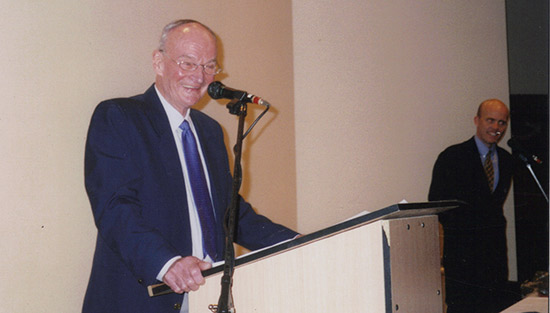 Mr Collins stood in 8 District 1st XI Finals (with his 1st Final being the famous Northcote vs Essendon Final in 1965/66 where Bill Lawry scored 282* to win the flag for Northcote), stood in the Australia vs Rest of the World test in 1971/72 (where Sir Garfield Sobers made 254) and was also one of the first umpires recruited for World Series Cricket when run by the late Kerry Packer, umpiring 7 Supertests and 42 other WSC matches across the two seasons.