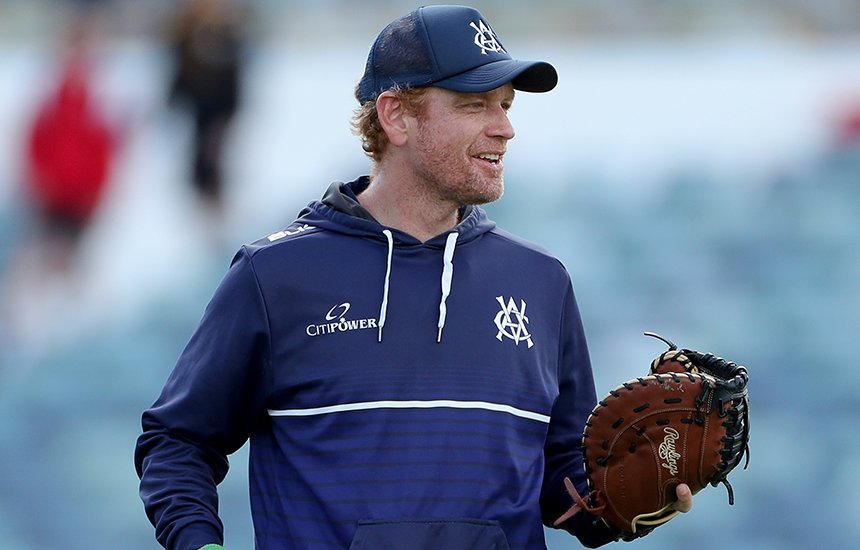 Andrew McDonald has decided to step down from his position as Victorian Men’s Head Coach after accepting a role as Senior Assistant Coach to the Australian Men’s Team.

In February McDonald led the Melbourne Renegades to their maiden BBL title.

“This has been a very difficult decision. Since coming back to Melbourne three years ago, coaching the Victorian men’s team has been an incredible experience. We have established a strong culture and enjoyed a sustained period of success in the Sheffield Shield competition. There have been too many highlights to name but the achievements of last season are certainly up there,” McDonald said.

“Led by our captain Peter Handscomb, the Victorian players have been a fantastic group to work with and they have worked hard to get the best out of themselves and the team.

“My job has been made easier due to the dedication of my assistant coaches Lachlan Stevens, Andre Borovec and Mick Lewis, along with all the other support staff. I’d also like to thank Cricket Victoria’s GM of Cricket Shaun Graf for his continued support over several seasons.”

“Joining the Australian team is an exciting and rare opportunity and I’m looking forward to continue developing as a coach at international level.”

Cricket Victoria CEO Andrew Ingleton thanked McDonald and congratulated him on the appointment.

“Naturally we’re sad to see Andrew leave after completing such a great year for Victorian cricket but we understand his desire to challenge himself at the highest level and have no doubt he will be a significant asset to the national coaching unit,” he said.

“It’s testament to Andrew’s achievements with our teams that he has been given this opportunity.”

“Andrew has overseen a fantastic culture within the Victorian playing group, and to see players like Peter Handscomb, Marcus Harris, Aaron Finch, James Pattinson and others develop into national players is a credit to the work he has put in with them at domestic level.”

“On behalf of Cricket Victoria, I wish him well on the next phase of his coaching career.”

Cricket Victoria will provide an update on its coaching positions in due course.