Runs pile up as Victoria and South Australia play out draw 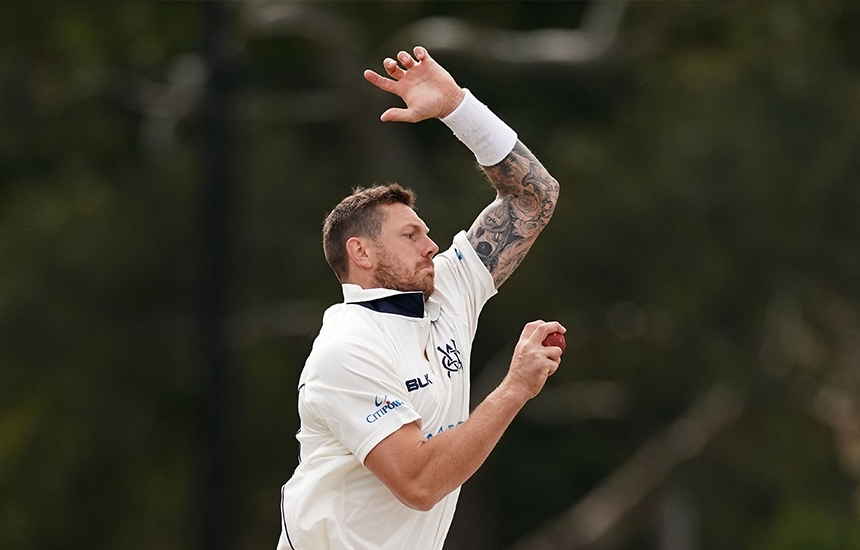 Neither South Australia or Victoria were able to make inroads into their Marsh Sheffield Shield fixture which finished in a draw halfway through day four.

After winning the toss and batting first, Victoria piled up 6-616 on the back of a double century to Nic Maddinson (224) and tons to Will Pucovski (123) and Marcus Harris (116).

After declaring their innings closed, the Vics appeared to be in front of the game when they reduced South Australia to 2-23 late on day two.

But on a wicket offering little assistance for the bowlers, the Redbacks dug in and thanks to a personal best score from Tom Cooper (271*) and centuries to Alex Carey (117) and Tom Andrews (101) were able to bat 186 overs and push the game into a draw.

Victoria’s next Marsh Sheffield Shield assignment will be against Western Australia, starting Friday at the WACA Ground in Perth.

The full Victoria vs South Australia scorecard is available here.