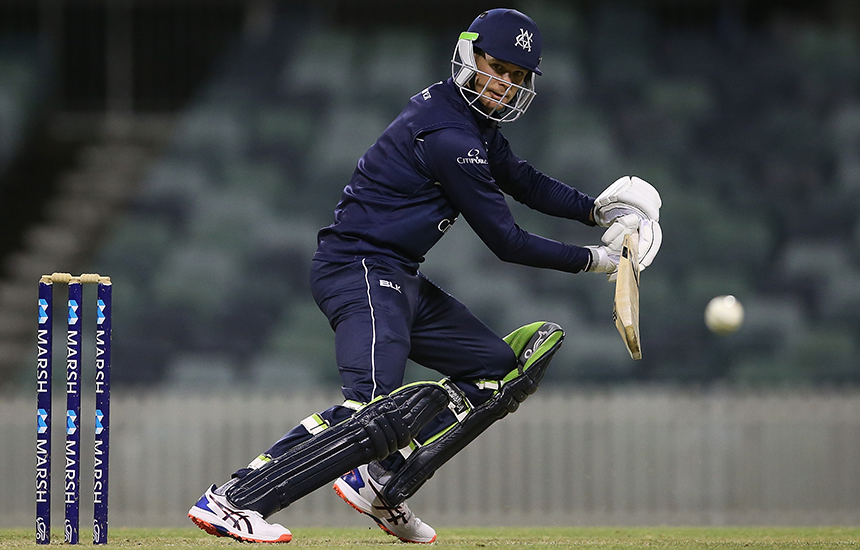 Victoria fell just nine runs short of a what would have been a remarkable win over Western Australia at the WACA Ground in Perth on Wednesday night.

After losing the toss and being sent into the field, the Vics made the perfect start with Will Sutherland taking two early wickets to leave the hosts 2-27.

But a middle order revival led by Cameron Bancroft (76) and Marcus Stoinis (45) pushed WA to 9-281 from 42 overs after rain shortened the innings.

Another rain delay reduced Victoria’s target to 232 from 31 overs, before yet another delay reduced the chase to an imposing 175 from just 20 overs.

Sam Harper proved dynamite at the top of the order, blasting four sixes in his 26, while Nic Maddinson was even more destructive with 28 from just nine deliveries.

Peter Handscomb was the mainstay of the innings, but Victoria was left with too much to do at the end, needing 18 runs off the final over and ultimately falling nine runs short. Handscomb finishing with 73 not out from 54 deliveries.