Victoria hang on in MCG thriller 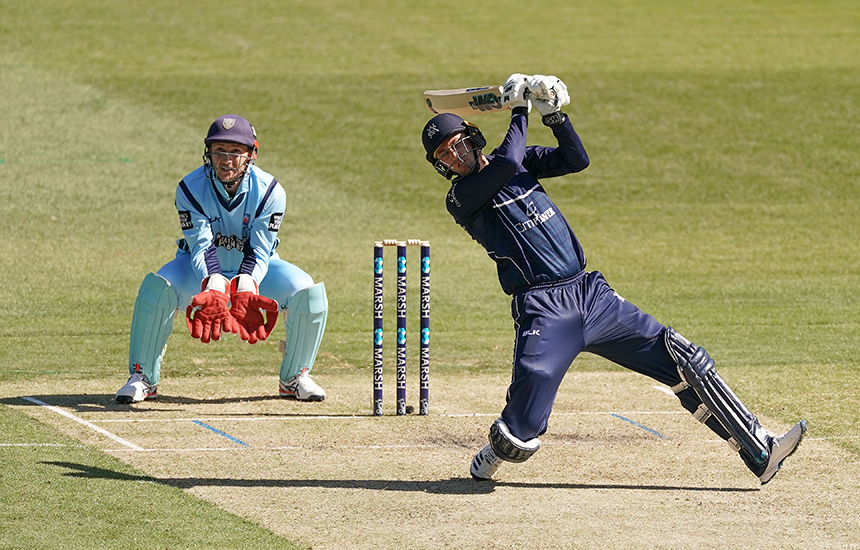 A Marsh One-Day Cup thriller at the MCG has gone the way of Victoria, defeating New South Wales by six runs.

After winning the toss and electing to bat first, Victoria lost Sam Harper early before recovering to 4-150 with contributions from Marcus Harris (44) and Peter Handscomb (36).

That brought Matt Short and debutant Jake Fraser-McGurk together, the pair putting on 95 for the fifth wicket in a crucial middle order partnership. Fraser-McGurk’s impressive innings came to an end on 54, while Short was caught looking to increase the run rate for a very impressive 88 from 85 deliveries.

Those two wickets sparked a late collapse from the home side, losing 6-20 to be bowled out for 265 in the final over of the innings.

New South Wales got off to a flying start in the chase, cruising to 1-143 in reply with the game seemingly in hand.

But a spirited fightback from the Victorian bowlers initiated a collapse of 4-39 from the visitors to put them on the back foot. Peter Siddle (3-40), Short (2-21) and Andrew Fekete (2-57) doing the damage to hand Victoria nail-biting win.