Borovec enjoying move up the ranks with Vics 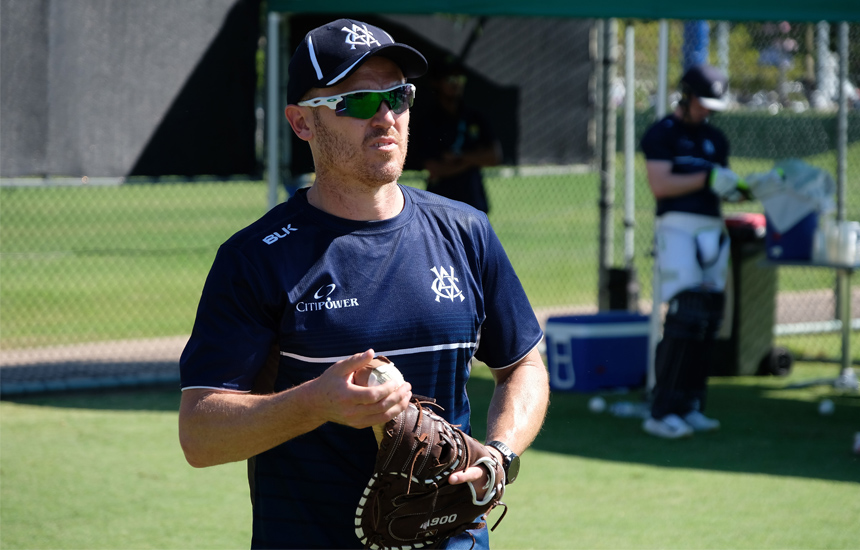 It was early in Andre Borovec’s playing career when the coaching itch began.

A teacher in waiting – the parallels were clear.

He combined his study and Premier Cricket playing career with various coaching roles.

From the early 2000’s Borovec worked with players in the Dowling Shield (the state’s then leading under 16 representative carnival), the Victorian Institute of Sport, the burgeoning female high performance program and over the last three years the Victoria’s Futures League team – which brings together players on the cusp of state selection.

But while the talent pathway for players is well-known, a coach’s journey is not as straightforward.

“I’ve been spinning plates for a while, I think that’s the best way to look at it,” Borovec said.  “As a coach, that’s what you’ve really got to do.  To have a look at different possibilities and different environments is really important because there is not one team, or one state that is the same.  The more experience you can get in different environments, the more well-rounded you become as a coach.”

It was the desire to get a taste in a new environment that saw Borovec take up an assistant coaching role with Melbourne University Cricket Club after a 23-year playing career with Geelong.

He later returned to Geelong as head coach where his duties ranged from working with elite talent on the verge of state or national selection, to teenagers getting their first taste of senior cricket in the lower XI’s.

What you grow up with can be your worst enemy, you’ve got to be open to alternatives.

On match days, Borovec drove the team bus.  But this season, he’s had to handover the keys after joining the Victorian men’s coaching set-up.

Borovec said coaches wanting to rise through the ranks should do so with an open mind.

“You can’t go off templates too much because every group and every situation is different,” he said.

“If you go into a program as a coach expecting players to learn the same way or go about it the same way you won’t have any luck and you’ll be predictable as a team anyway, so it’s an advantage to have differences in your squad.

“The art of coaching then becomes how you manage that and how you put environments in place for all of your players.  That’s a coach’s job – to think outside the square, and that’s something I’ve learned over time – the better you can adapt as a coach, the more luck you’ll have.”

Borovec maintained full-time employment with SEDA throughout his three years as Geelong Coach.

His time between work and training – albeit just an hour or so – was spent with family.  That enabled him to walk into training refreshed and energised.

Maintaining that balance and ensuring he had a strong support network within his club has been crucial to managing the time demands cricket throws up.

“If you go into any coaching job thinking you’re going to do it all – you’ll be burnt out pretty quickly,” he said.  “The people you surround yourself with is critical and that’s where that other expertise that you might not have brought to the table, you can still have that at your disposal through other people.

“Having a mentor is critical but then you’ve ultimately got to be strong enough to frame it how you want to frame it.

“In saying that, you can get the best advice and the best mentor but there still comes that time where you’ve got to make it your own.”

Ultimately, Victoria’s newest coaching member is driven by ensuring each player he works with is provided with a tailored program to succeed.

“My coaching is governed by that athlete centred approach.  What works for one player may work for another player, but it may not as well.