Handscomb digs in to save match for the Vics 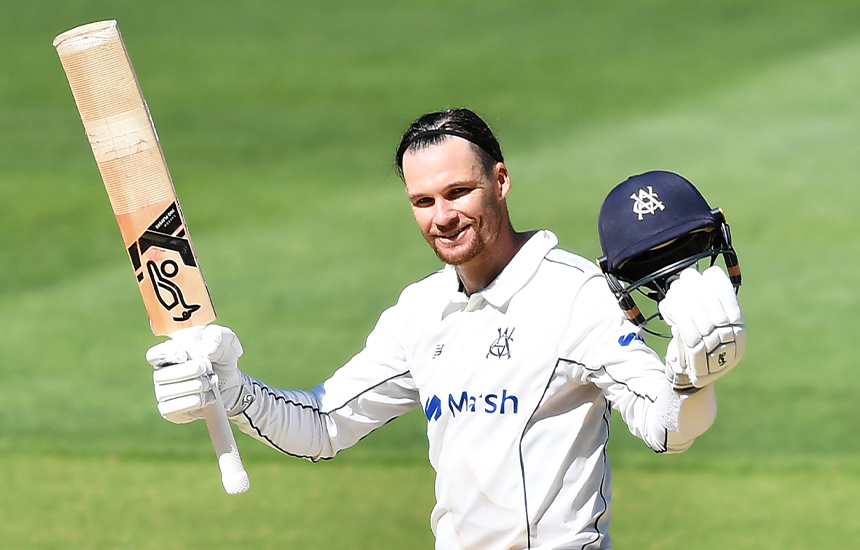 A true captains knock from Peter Handscomb in Adelaide meant Victoria were able to hold on for a draw in their first Sheffield Shield match of 2022.

“That’s a couple of times in the last two seasons where he has played a back-to-the-wall innings like that,” said Head Coach Chris Rogers.

“It shows the quality of the man, the willingness to fight in that situation. It was quite an incredible effort. He needed to lead from the front as a captain tends to do, and it was a magnificent effort.”

Victoria was set a target of 316 for victory but the loss of early wickets on Day 4 meant the mindset of the team had to change quickly.

“It was a difficult day for the side in general. We had to make a bit of a snap decision, because it all happened so quickly, about what we were going to do with the order,” said Rogers.

“No one has a crystal ball, but it played out that we lost a couple of wickets early and immediately from that point I think the chances of winning the game were pretty much gone.

“But good sides don’t just give in and quit, we fought hard and made South Australia work for everything.”

Travis Dean was introduced into the game as a concussion sub on Day 4 after Will Pucovski was ruled out after a knock in the warm up.

“It’s a really delicate situation, with his history and everything he has gone through.

“He received a knock this morning and from there he just started to feel the symptoms of concussion.

“As a state and as a side we will support him through this and wait to see how it all plays out.”

Earlier in the match, Scott Boland continued his golden summer with figures of 4/61 in the first innings whilst young quick Mitch Perry was also strong taking 4/57.

The Victorian batters were unable to emulate the big hundreds made by South Australian pair Jake Weatherald (122) and Daniel Drew (130), but the Australian trio of Nic Maddinson (82), Marcus Harris (58) and Pucovski (54) all made half centuries.

There was an even spread of wickets amongst the bowlers in South Australia’s second innings, with all of Boland (2/39), Perry (2/45), Will Sutherland (3/42) and Jon Holland (3/55) taking multiple wickets each.

Victoria’s next Shield match is against Queensland at the CitiPower Centre in St Kilda starting on Friday, February 18.