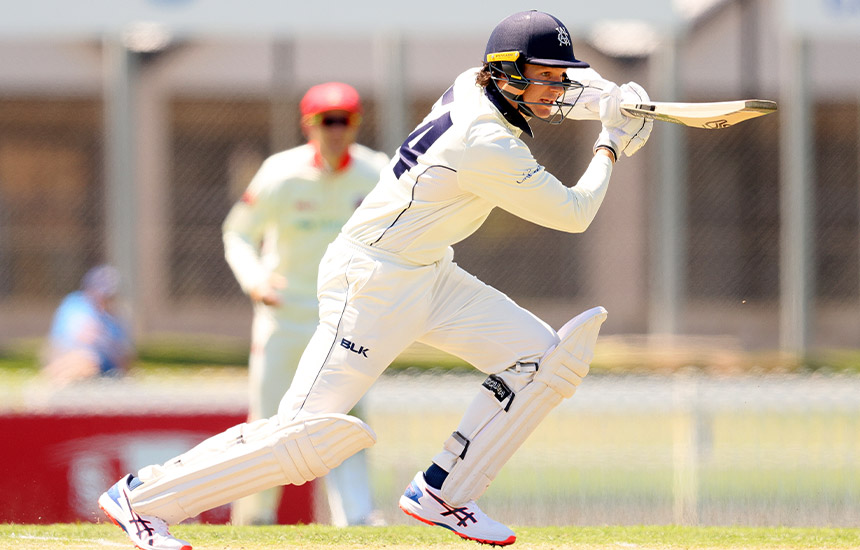 Victoria has named its squad for its opening Marsh One-Day Cup fixture and Marsh Sheffield Shield clash against New South Wales next week.

The Victorians will play NSW on Monday at North Sydney Oval in their opening One-Day match before heading to the SCG on Wednesday for the Shield clash.

Australian Test squad members Marcus Harris and James Pattinson have been included in the squads for both matches.

Will Pucovski has been named in the Shield squad and will be given extra time to recover from the shoulder injury he suffered last month, before a final decision on his availability is made.

“The busy back half of the season has enabled us to provide opportunities for a number of players across both competitions,” Cricket Victoria Chairman of Selectors Andrew Lynch said.

“The availability of the Australian Test squad is a boost for the domestic season.  Marcus Harris was in great form for Victoria earlier in the season and James Pattinson has fully recovered from a rib injury, so we’re looking forward to him leading our attack.

“We’re continuing to monitor Will Pucovski in his recovery from his shoulder injury.  He’ll be given every chance to play in the Shield match but we’ll make a final call closer to the start of that game.”