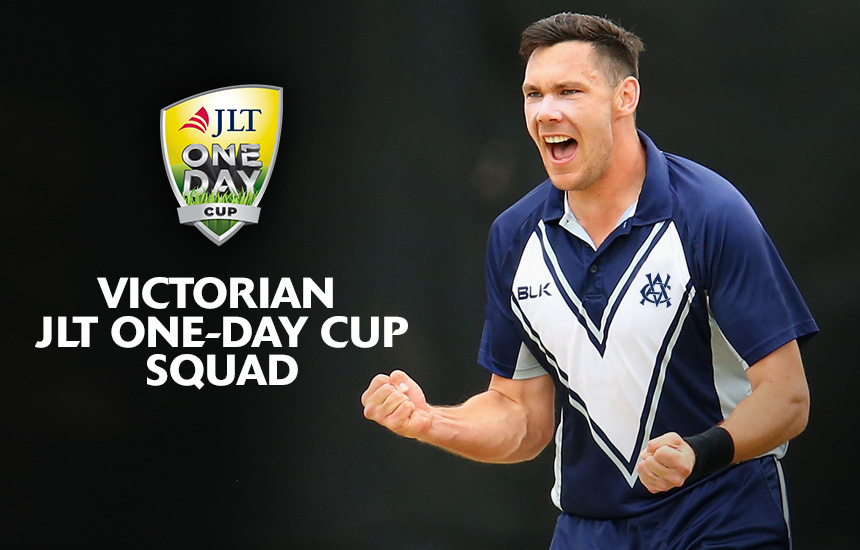 Victoria have named a strong 14-man squad for the upcoming 2018 JLT One-Day Cup.

Maddinson has dominated recent domestic one-day cup tournaments, scoring 778 runs in the past two carnivals at an average of 64.83 including four centuries, and will provide depth and power in Victoria’s batting line-up.

Aaron Finch, Jon Holland and Peter Siddle will not feature in the tournament after being named in the Australian Test squad to face Pakistan in the tour of the UAE.

“The squad selected is a mix of experience and exciting young talent, and they are all looking forward to flying out to Townsville for the first match on Sunday against Queensland and officially getting cricket season underway,” said Lynch.

“We’re obviously missing some senior players like Aaron Finch, Jon Holland and Peter Siddle, but this provides a tremendous opportunity for others to step up and represent Victoria on a national stage.

“It’s exciting to have Nic Maddinson in our JLT One Day Cup squad to add further depth to our batting line-up, and since he’s joined up with the rest of the guys he has prepared himself, as the others have, to ensure we are well placed for the tournament ahead.”

The competition will also be played on Victorian soil for the first time since 2013 with the Vics set to host Western Australia and South Australia at the CitiPower Centre at Junction Oval in two regular fixtures before a potential semi-final and final.

Changes have also been made to the competition format. The bottom four sides at the conclusion of the regular round will compete in qualifying finals before the winners of those fixtures face the top two sides in semi-finals.