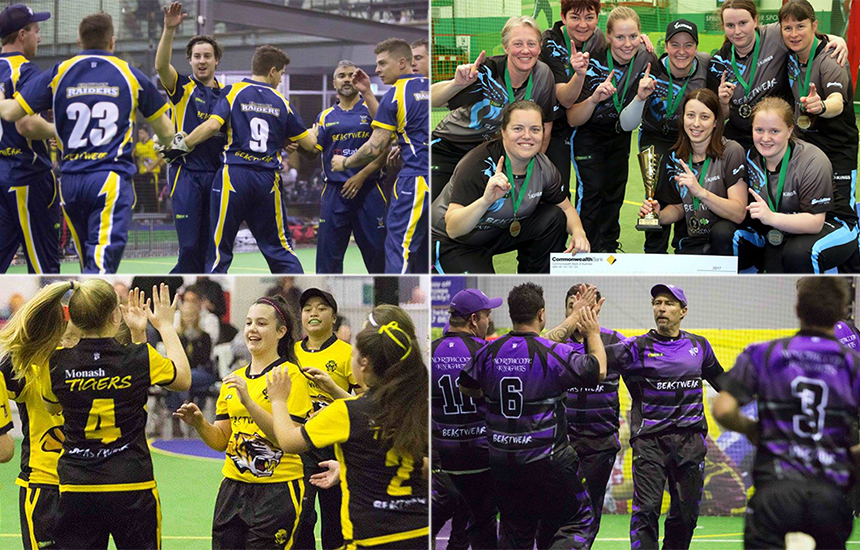 It’s finals week in the NICL Victoria leagues, with the Men’s and Women’s teams battling it out to be State Divisional Club Champions and book their trip to Adelaide next month to take on the best of the rest in the NICL finals series.

Be sure to tune in to the Women’s final on the Cricket Australia Indoor Facebook Livestream from 6:00pm on Sunday.

Croydon Raiders are favourites to win their second straight NICL title and head to the finals series when they host Bobo’s Diner Sharks at Croydon Indoor Sports tonight.

As Victoria is not the host state this year, only the winner of the grand final will play in the finals series, compared to last year when both teams played in the main draw.

It’s been a long season in the West division, with a three-stage round-robin including seven teams in the grade meaning eighteen games for each team starting back in May. But there have been two constants at the top of the ladder all season, and it is only fitting that the Knights and Falcons play off for a spot in the grand final next week.

In the Women’s final, the Monash Tigers will also be favourites in their clash against the Cranbourne Kings this Sunday evening at Hoppers Crossing Indoor Sports. The Kings booked their place in the final after surprising the Springvale Seahawks in the preliminary final at Northcote last Saturday. They prevailed by 79 (1) – 76 (3) in a tight three-run win despite only having seven players.

Top qualifier Croydon Raiders will play off against last year’s NICL champions Cranbourne Kings this Sunday night at Hoppers Crossing Indoor Sports, with the winner booking their place in the NICL finals series in Adelaide next month.

The Raiders have been the form side of the competition, notching up six wins from their eight matches, and have just dropped one game, to their grand final opponents. Meanwhile, the Kings have maintained a hold on second position, comfortably defeating the EMP Bombers in the major semi-final last week by 48 runs to set up the grand final showdown. They are the second Kings side in a Women’s final, with their counterparts also making the Women’s East division grand final.