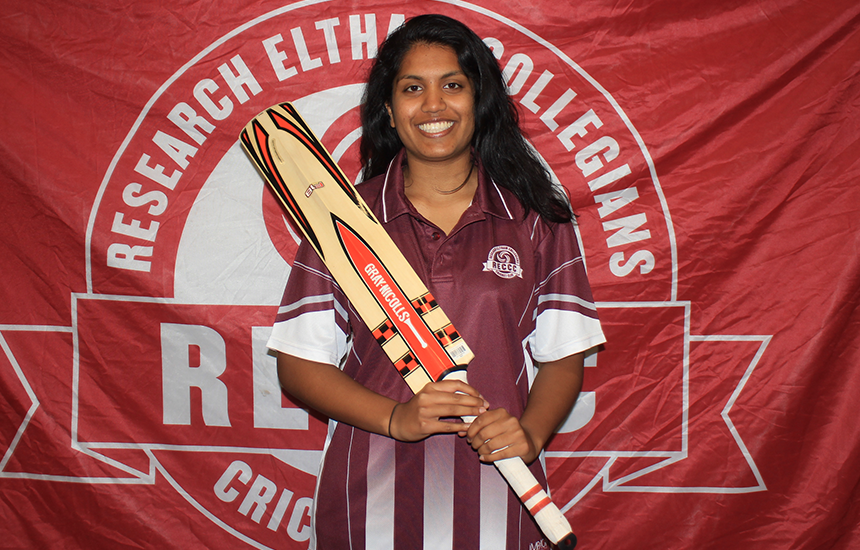 Research-Eltham Collegians Cricket Club will set a new milestone of its own this season, with 18 year-old Shania John the first female to captain a men’s team in the 70 plus year history of the Diamond Valley Cricket Association.

John will take the reins of the men’s sixth XI this season and is happy to be a role model for younger girls coming through the ranks.

“I’m pretty excited about this season. We’re all cricketers at the end of the day and I’m grateful that the Club has given me this opportunity to lead a team in the men’s competition,” John said.

“I know there are plenty of young women out there who have grown up playing with the boys and I guess I’m proof that you can lead any team and achieve what you set your sights on this game.”

When not with bat and ball in hand, John studies science at the University of Melbourne.

President of Research-Eltham CC Brad Purvis said the decision was positive step for the club and the competition broadly.

“Research Eltham Collegians Cricket Club is a leader in the development of girls and women within the DVCA.” President Brad Purvis said. “We need to ensure that our Club continues to attract and develop girls and women who wish to play local club cricket and we are fast becoming a destination and club of choice for girls and women “

John is expected to make her captaincy debut in October when the Diamond Valley competition gets underway.