Strano to captain Vics in Round 2 WNCL 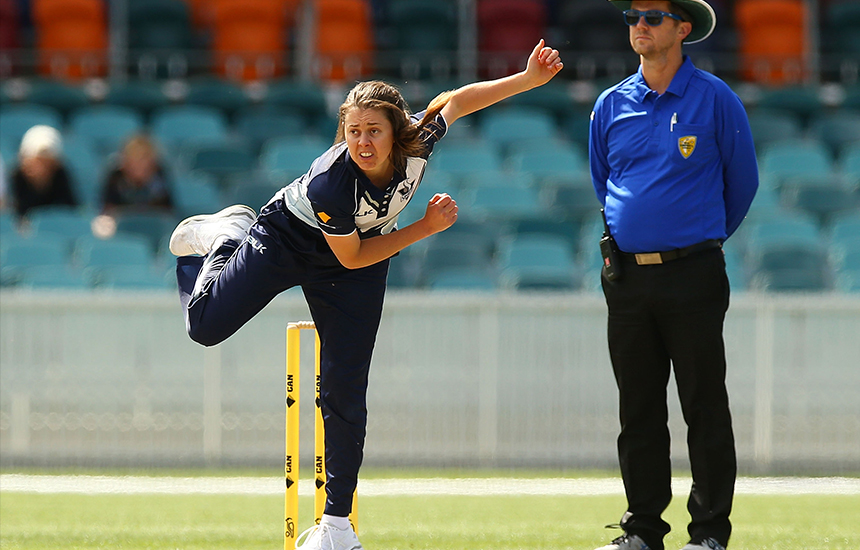 Victorian all-rounder Molly Strano will lead a new-look Victorian side into Round 2 of their WNCL campaign this weekend.

With Meg Lanning, Elyse Villani, Sophie Molineux, Georgia Wareham and Tayla Vlaeminck all away on Australian duties for the ICC Women’s World T20 in the West Indies, Victoria could name up to five debutants to face ACT on Friday, November 9 at Manuka Oval.

Contracted quartet Elly Donald, Rhiann O’Donnell, Courtney Neale and Amy Vine have all been named in the travelling squad, as well as new faces Lucy Cripps and Anna O’Donnell.

Cripps has represented Victoria in the Under-18s as well as the CA Under-16 XI in the national academy program, while O’Donnell is a member of the Futures League squad and plays for Melbourne Cricket Club in Premier Cricket.

Young wicketkeeper batter Nicole Faltum will be unavailable for the first match against ACT due to Year 12 exams, however Faltum will be available to face reigning champions New South Wales on Sunday, November 11.

“We’re obviously missing a number of our experienced players while they are away competing for Australia in the World T20. That said, all sides are in the same boat and have prepared for this, so we go into these matches confident that the new girls coming in can step up and perform. It’s a great opportunity for some new players to demonstrate their talent,” Hemp said.

“The competition is very evenly placed after the first round where each team won and lost a game, so it’s crucial we perform well this weekend to set ourselves up for a finals push.”