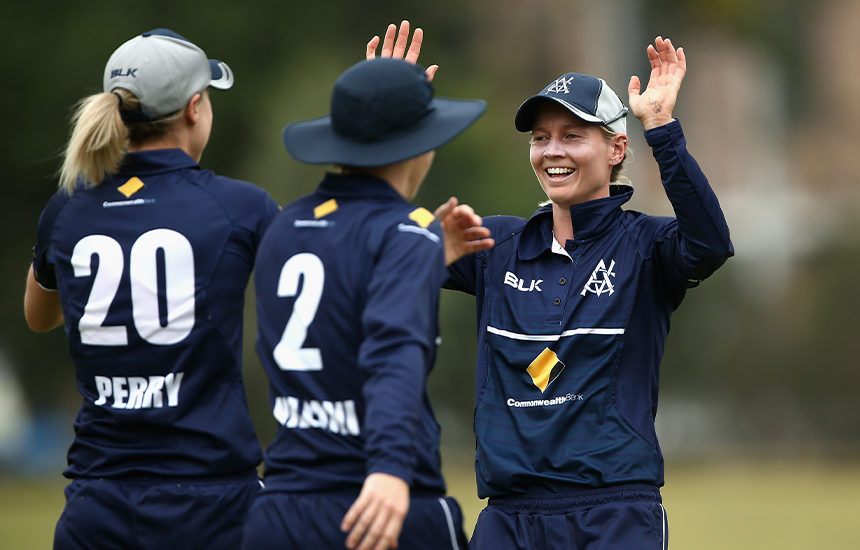 Victoria has secured a big win in its first of two WNCL matches against Western Australia at the CitiPower Centre.

After losing the toss and being asked to bat first on a greenish wicket, the home side got off to a flying start through Elyse Villani and Sophie Mollineux – the pair putting on 101 for the first wicket before Molineux was out for 47.

Villani remained in total control of her innings and fell agonisingly short of what would have been a magnificent century, caught for 99.

Western Australia got off to a slow start in response to find themselves in trouble at 2-13, before a steadying partnership between Chloe Piparo and Sophie Devine helped bring them back into the contest.

But when Piparo departed for 60 and Devine was superbly caught by Perry at long off for 41, Victoria wrestled the momentum back. A flurry of late wickets saw the visitors collapse to be bowled out for 142 in the 41st over over.

Victoria will again face Western Australia at the CitiPower Centre on Thursday, with the match to commence at 9.30am AEDT.

The full Victoria vs Western Australia scorecard is available here.