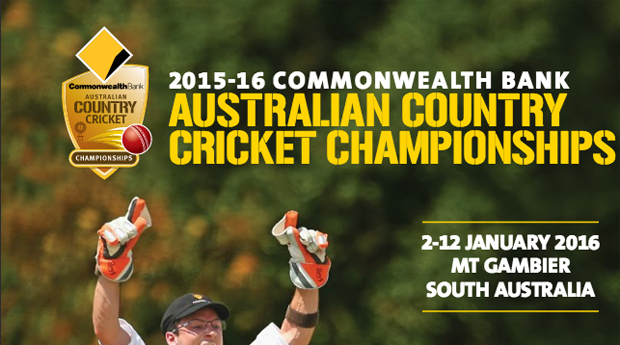 Victoria's Country women's side has secured an 11-run win in their inaugural match after restricting South Australia to 9-79 having posted 90 all out from their 20 overs.

Victoria lost an early wicket with the score on 13 as Amy Yates was caught by Brittany Perry off Ainslee Knight for five.

Chelsea Moscript and Laura Croft then shared a 27-run stand – the highest of the innings – before Moscript was caught by Perry off Emma Faint for 13.

Stephanie Townsend was the next wicket to fall with the score on 51 as she was caught by Emily Armstrong off Jaime Howie for five.

Croft fell one run later after top scoring for Victoria with 21.

With regular wickets continuing to fall, Victoria managed to reach a total of 90 which gave the bowlers something to defend with a strong bowling attack.

Perry and Jordan Doecke opened the batting for South Australia and shared the highest partnership of the match at 43 runs.

It was Croft who got the much needed breakthrough as she had Perry caught Jane Neil for 24.

Croft picked up her second as she bowled Hannah Armstrong for nought with South Australia still on 43.

Leg-spinner Moscript then had Doecke caught by Natalie Plane for 13 as South Australia struggled to move the score on from 43.

Monique Draycott and Faint added 13 runs before Fain was stumped by Emma Lynch off Moscript for three.

Regular wickets continued to fall cheaply with only Draycott providing real resistance before she was dismissed with the final delivery of the game for 17 which saw SA finish on 9-79, 12 runs short of their target.

Croft and Moscript were the pick of the bowlers, each taking 2-16 but it was certainly a real team effort with the ball as every bowler came away with economical figures.