Victoria off to a flyer 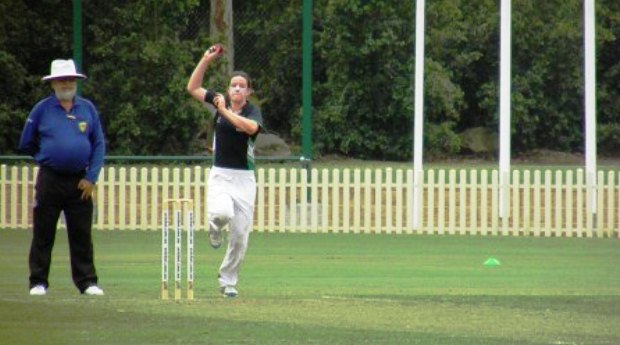 Victoria has made a blistering start to the Under-15 National Championships in Sydney after registering a seven-wicket victory against Tasmania on day one.

Chasing 68 for victory, Victoria finished its 40 overs at 5-219, its highest ever total at the carnival, with Sophie Molineux plundering 79 from 73 balls and Hope Irvine finishing unbeaten on 64.

With all matches played to completion- regardless of the result, and with bonus points up for grabs, Victoria established its victory off the back of a fine bowling display.

Despite Tasmania winning the toss and electing to bat, Claire Nolte (2-18) was devastating with the new ball as she removed Erin Fazackerley and Demi-May Rooke for ducks to reduce her opponents to 2-1.

The introduction of Courtney Neale (3-17) sparked further wickets as she dismissed Olivia McDonald (0) and Emma Manix-Geeves (six) with successive balls to be placed on a hat-trick which she duly claimed before the ball was called dead due to a teammate talking at the point of delivery.

Makinley Blows (2-12) joined the party shortly after and received solid support from Georgia Wareham (1-7) and Molineux (1-8) to help rout the Tasmanians.

Rhiann O’Donnell (4-7) and Irvine (2-13) struck late in proceedings to pick up valuable bonus points as Tasmania finished at 15-101.

“It was a good start to the tournament but we’re mindful that there are many good teams to come,” Victorian coach Duncan Harrison said.

“It was pretty wet and miserable to begin with, so it was a good performance with the ball.

“Sophie hit the ball really well and it was great to see Hope in the runs.”

The early departure of Madeleine Wright (0), O’Donnell (11) and Blows (17) was offset by a 114-run fourth wicket-stand between Molineux and Hope.

Molineux was particularly savage during her better than a run-a-ball knock by dispatching 11 boundaries and the sole six of the match, while Irvine crunched 10 boundaries during her 57-ball stay.

Victoria will meet the ACT in a 40-over match in round two before the introduction of the Twenty20s.