Victoria to play for national title 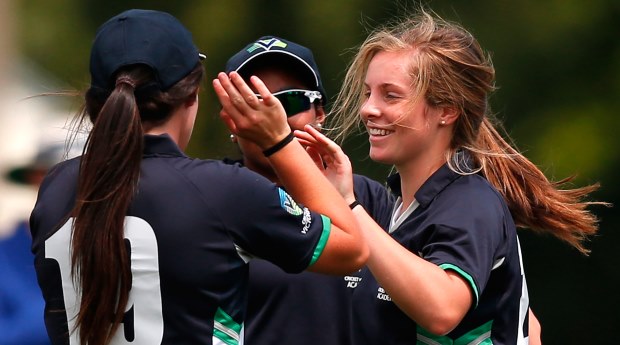 Victoria has secured a berth in the Final at the Under-18 National Championships in Ballarat.

Unbeaten through the opening six rounds of the competition, the hosts are assured of contesting tomorrow’s decider and will look to maintain their winning form during today’s final one-day match against South Australia.

Facing off against Auckland Schoolgirls in yesterday’s morning Twenty20, Victoria restricted its opponents to 5-72 during another disciplined bowling display.

Mallee Murray’s Rhiann O’Donnell (1-16) struck with the new ball and was well supported by Western Spirit’s Nicola Hancock (0-8) who was at her economical best.

In reply, Victoria secured an eight-wicket win as it chased down the total with 44 balls to spare.

Inner East’s Bec Carter made 23 at the top of the order, while Molineux top-scored with 29 not out.

Victoria kept its unbeaten record intact during the afternoon Twenty20 with a six-wicket win against Queensland.

The Maroons were routed for just 44 as O’Donnell (1-3) and Hancock (1-11) were again impressive with the new ball.

Despite the small target, Victoria cruised to 1-40 as Blows (18) and Molineux (11) took the side to within striking distance of victory before losing 3-3.

Nonetheless, the win was secured with two overs to spare.

To see full results from the Under-18 National Championships, click here.