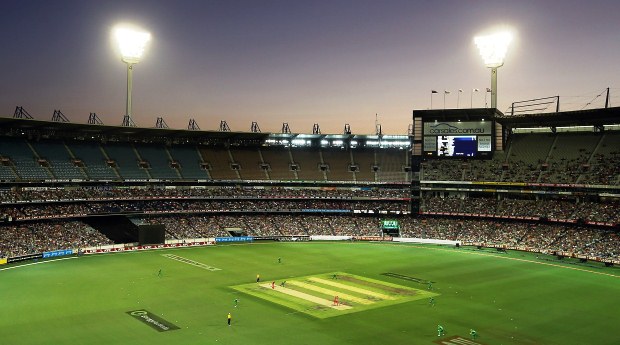 Victorian fans will see more than 50 days of cricket this season after Cricket Australia finalised the summer calendar earlier today.

During a blockbuster 2013-14, the Boxing Day Test will again be the jewel in the crown of the international schedule, with Australia and England to renew acquaintances at the MCG.

The rivalry between the traditional foes will continue after the Ashes with the ‘G also scheduled to host the opening one-day match of the summer on Sunday, January 12 before a Twenty20 double-header with the Southern Stars on Friday, January 31.

As part of the multi-format Women’s Ashes, the Southern Stars and England will also play two ODIs at the ‘G on January 19 and 23, while a tour match featuring England and the Shooting Stars will be held at the Junction Oval preceding the series on January 17.

The Melbourne derby between the Stars and the Renegades will open the KFC T20 Big Bash League on Friday, December 20 at the ‘G.

The Renegades will play their first match at Etihad Stadium against the defending champions, Brisbane Heat, on Monday, December 30 before further home games against the Stars on January 4, Sydney Thunder on January 14 and Sydney Sixers on January 18.

Network Ten will broadcast every match live with Adam Gilchrist and Ricky Ponting taking their places behind the microphone in a highly-regarded commentary team.

The Commonwealth Bank Bushrangers’ bid for a sixth one-day title will be launched on the road with the preliminary rounds of this year’s competition to be played across Sydney.

The RYOBI One-Day Cup will be staged in a block this summer, replicating the format for the up-coming 2015 World Cup, with each and every one of the team’s six fixtures to be broadcast live and in high definition on GEM.

The Bushrangers’ Bupa Sheffield Shield schedule commences with back-to-back matches against Western Australia and NSW at the ‘G from October 30 before a road trip to Hobart.

The Commonwealth Bank VicSpirit will open its campaign against South Australia from October 11 to 13, with the schedule mirroring last season’s format of two WT20 games and a WNCL 50-over game.