Molineux’s pathway to the top 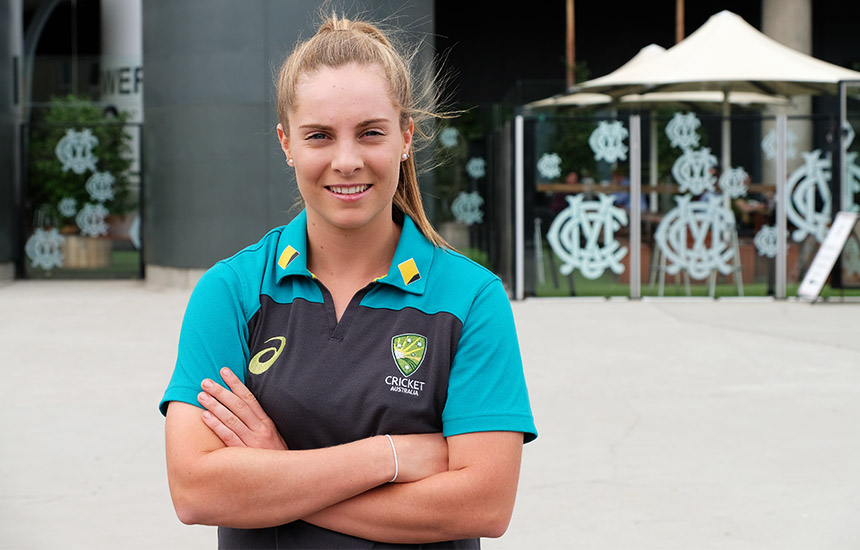 Meg Lanning has once again been named on the contract list as she looks to continue her brilliant form after recovering from shoulder surgery over summer.

The achievement completes a stunning rise in her stocks that have continued to grow since entering the national scene with the Melbourne Renegades in WBBL|01, however her pathway to the elite began long before then.

Originally from Bairnsdale, East Gippsland and with a population no more than 15,000 (yet still boasting unearthing the likes of Cameron White), Molineux joined with Dandenong CC in the Victorian Premier Cricket competition and cracked her maiden First XI century in October 2015.

Local journalist Paul Amy wrote in the Dandenong Leader at the time:

Cricket lovers of Greater Dandenong, rejoice. There is a bright new star in our midst.

Her name in Sophie Molineux and she plays for the Dandenong women’s Premier Firsts team.

Actually, the 17-year-old plays rather brilliantly.

Fast-forward to January 19, 2016 at the Under-18 National Championships tournament in Canberra.

For the fifth year in a row, Victoria faced New South Wales Metropolitan in the decider, who have won the previous 11 titles.

Molineux scored 59 to boost her tournament run tally to 375 runs at an average of 62.5, putting 150 runs between her and the next highest run-scorer and thus cementing her title as Player of the Championship.

Vlaeminck, Wareham and Annabel Sutherland have also just been named in the Women’s National Performance Squad – an outstanding reward for three more Victorian young guns with bright futures ahead of them.

For Molineux, though, the call then came to represent the Governor-General’s XI to take on an Indian Women’s XI – a reward for her fantastic form in the Under-18s tournament and throughout the inaugural season of the WBBL.

From here, as each season went by, Molineux continued to develop her game and consistently stepped up another level.

Members of the Australian Women’s Cricket team saw her potential, and called her out at the next big thing and one to watch.

Her next step towards the elite level came during the 2017 Women’s Ashes series when she represented a Cricket Australia XI side against England in a warm-up match in Sydney.

It was fittingly then four months later, after another standout season in the WBBL for the Renegades and a second season of WNCL under her belt for the VicSpirit, Molineux got the call up to tour India as part of the Twenty20 squad.

Better yet, her inclusion in the squad comes at the same time as her state captain, Meg Lanning, returns from injury.

“It still hasn’t really set in to be honest, I still have to pinch myself,” Molineux said in Melbourne following her call up to Australia.

The WBBL|03 Young Gun of the Year simply couldn’t wait to jet off on her maiden tour with Australia, made even more exciting by the fact she’d never been to India before.

On March 22, Molineux was presented with T20I cap number 48 and made her debut against India.

While Molineux didn’t claim a wicket or get a chance with the bat on debut, she took three catches in an impressive win for Australia.

Humble beginnings for a rising Australian talent, and more than enough to earn the ultimate nod from Australian selectors – a national contract.

“Sophie is a Victorian product of the female pathway and the NSP believes she is a long-term player for Australia and provides another spin bowling option with the ability to bat in several positions.”