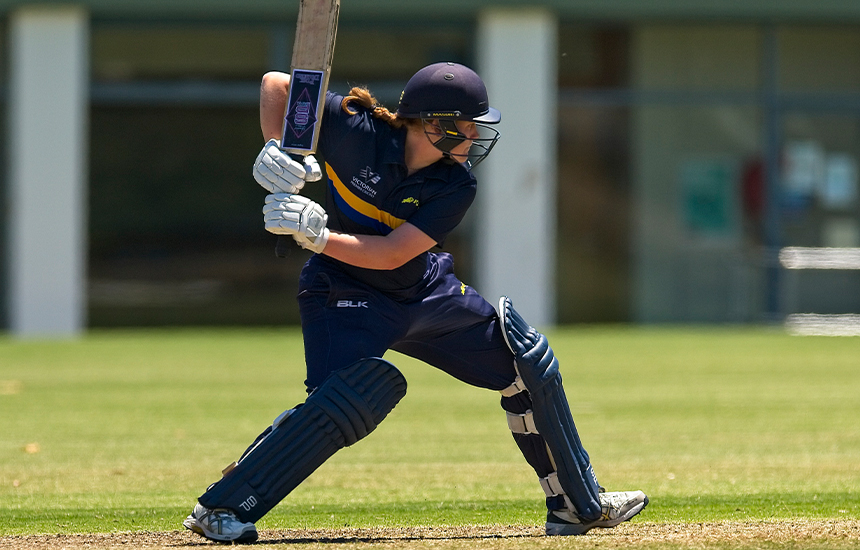 Cricket Victoria has confirmed its squads for the under 16 Female Emerging Players Program.

The players will be split into Vic Metro and Vic Country squads and commence training this weekend.

Cricket Victoria Coaching and Talent Specialists have played a key role in identifying players who have shown strong performances across the Youth Premier League, Victorian pathway programs and in various club cricket competitions.

The emerging players will receive expert guidance on skill acquisition and refinement, strength and conditioning, as well as nutrition.

The program culminates with Vic Metro and Vic Country squads representing the state at the National Championships in Canberra in January.

Freeman was part of the Cricket Victoria next-gen coaching program last season and has moved into the Head Coach role after assistant coaching during the U16 Summer Series vs NSW and ACT/NSW Country.

“Teagan and Laura are both Premier Women’s Head Coaches and it’s great to have them involved in the EPP,” Christie said.

“Having Tyson and Chelsea involved as well is a big win for our program, Tyson has had great success working with us in the past and Chelsea brings with her a wealth of experience, most recently spending two years working for Cricket Japan.”