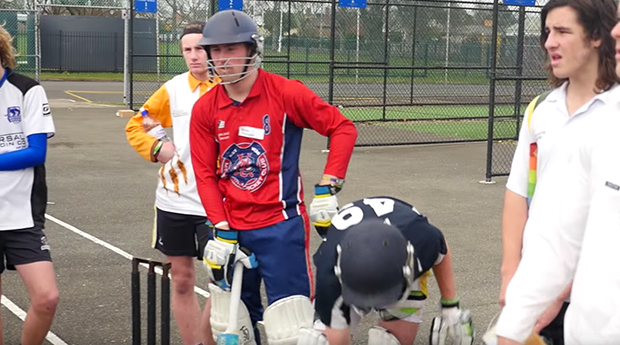 Victoria's Diamonds in the Bush program begins on 3 July with some of the state's best players and coaches again helping search for the next generation of cricketers based in regional Victoria.

The sessions, which run throughout the first two weeks of July, allow the players to reconnect with the community and has helped foster and grow relationships with regional centres since the program began in 2003.

High performance coaches will also attend alongside Victoria’s elite male and female players in regional centres including Hamilton, Albury, Bundalaguah, Ballarat, Bendigo and Mildura, with an aim of unearthing young talent across the state.

High performance sessions will be run for boys and girls at all clinics, giving greater opportunities for aspiring talents to learn from Victoria’s best.

Commonwealth Bank Bushranger Sam Harper will attend the clinic in Albury alongside Harris, and says the program is important to uncovering Victoria’s next generation of elite cricketers.

“We love heading out to regional Victoria and working with the younger players out there,” said Harper.

“Some of Victoria’s best like Cameron White, Aaron Finch and Peter Siddle have come from regional Victoria, and then all the way through to first-class cricket and beyond.

“If there are more talented guys and girls out here, we’ll find them.”

For Commonwealth Bank VicSpirit all-rounder Sophie Molineux, who like White hails from Bairnsdale, the program provides an important step for young girls along the pathway towards professional women’s cricket.

“I think the Diamonds in the Bush program is a fantastic way for young girls to see a pathway and develop their skills and love of the game,” said Molineux.

“It will be nice to head out to Bandalaguah, which isn’t too far from my home in Bairnsdale, and hopefully find some future VicSpirit players.”

Hamilton will host the first two clinics on 3 and 4 July, before Mildura wraps up the program on 12 and 13 July.