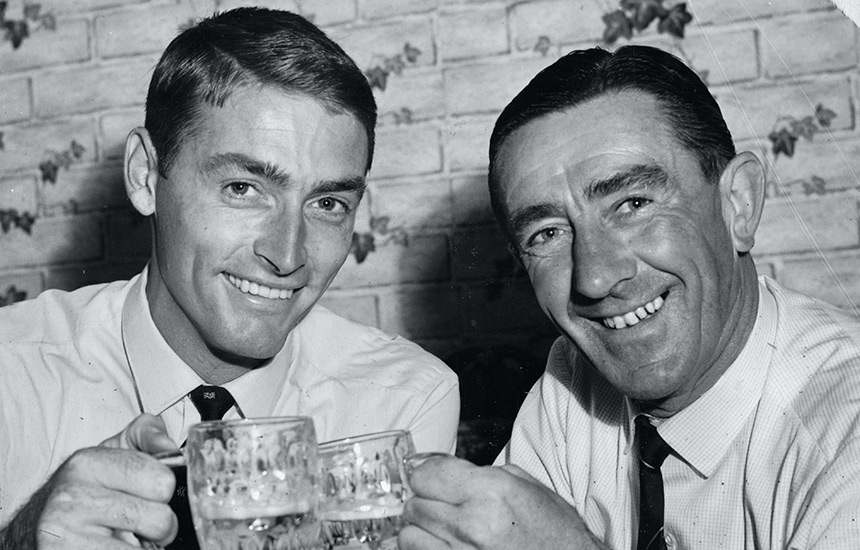 A launch to celebrate the life of Fitzroy and Victorian cricket legend Jack Potter is being held at Kooyong Lawn Tennis Club on Friday 26 February 2021 from 12 noon.

Potter’s new book Born Lucky, the story of Jack Potter, Australia’s finest 12th man, will be launched on the day. 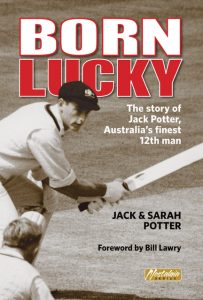 Twelfth man three times for Australia without playing a Test, Jack Potter’s legacy will live forever in spearheading a vibrant set of innovative coaching structures pivotal in the advancement of many emerging champions including Shane Warne, Justin Langer and Damien Martyn at the Australian Cricket Academy.

A dashing batsman, magnificent field and brilliant leader, Potter remains among the finest cricketers not to play a Test. He is also a Fitzroy – Doncaster CC legend.

But for having his skull fractured on a hard wicket in an otherwise inconsequential game against the Netherlands at the Hague, he would have made Test ranks as all those who didn’t play an Ashes Test on the ’64 tour were to be lifted into the XI for the Tests on the way home in India and Pakistan.

It was the only time Potter, now 82, can remember being unlucky.

An astute and inspired captain at club and Sheffield Shield level, Potter was to establish the Australian Cricket Academy in Adelaide and mentor giants-to-be like Shane Warne and Justin Langer.

He even introduced a 20-year-old Warne to the flipper, but was one to rail against Warne’s free spirit and all but expel him prematurely from the Academy after an incident around a swimming pool in Darwin.

Jack Potter Celebration Day will feature many of his sporting mates from his three clubs Fitzroy, St Kilda and Preston, as well as many past Sheffield Shield and Test stars.

‘He retired from cricket far too young,’ says the legendary Bill Lawry in his foreword.

‘Jack was a flowing strokemaker and a superlative fielder… he had balance, anticipation and could throw and catch even the hardest hit balls with stunning nonchalance.’

* Born Lucky, the story of Jack Potter, Australia’s finest 12th man has been written by Jack and Sarah Potter. A signed and numbered limited edition of 221 marks his highest first-class score. Copies are available from prominent cricket writer and publisher Ken Piesse at cricketbooks.com.au

For those who would like to attend the launch, please contact the Australian Cricket Society’s Wayne Ross on 0416 983 888 or email Wayne at info@australiancricketsociety.com.au