Victoria’s Next Generation of Bowlers 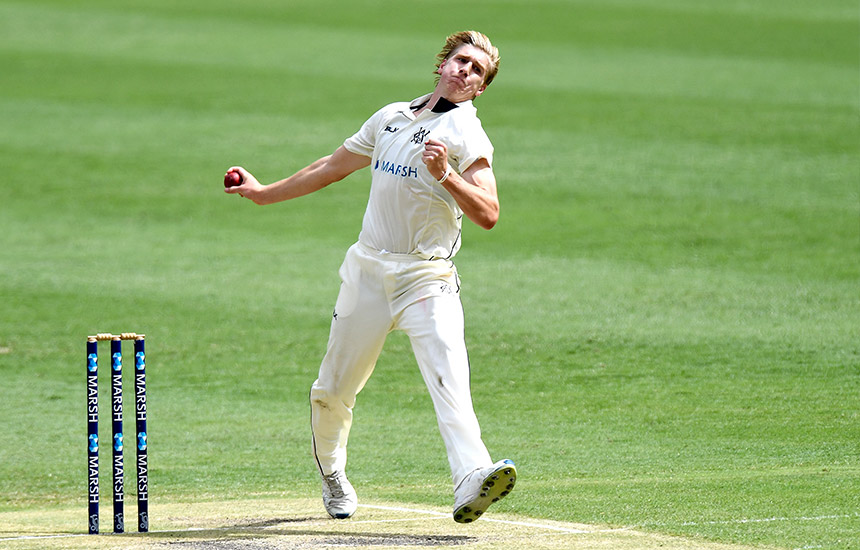 Victoria has named a young and exciting bowling brigade for the opening rounds of the Marsh Sheffield Shield season in South Australia.

The Victorian 18-man squad includes youngsters Zak Evans, Will Sutherland, Mitch Perry, Todd Murphy and Xavier Crone, all of whom are under the age of 23. In addition to the young group of bowlers, ex-West Australian quick Simon Mackin has also been added to the squad.

Will Sutherland – who turns 21 later this month – will head into the season with the most experience in Victorian colours of the younger crop of bowlers in the squad.

Sutherland made his Shield debut in November 2019 after promising performances for both the Second XI and Premier club Prahran during the 2019/20 season.

The bowling all-rounder heads into the season full of confidence after finishing last summer on a high against South Australia.

In the eventual last match of the summer, Sutherland collected Player of the Match honours with 6/67 off 17.4 in the second innings.

Will Sutherland’s wickets vs Queensland earlier this year
Zak Evans is yet to pull on the big V at Shield level but has impressed in other important fixtures that has led to his addition to the squad.

The right-arm quick made his debut for the Melbourne Renegades in January, and with his tail up, Evans can send the ball down at pace.

Evans played a pivotal role in both the under-17 and 19 Australian national sides. In a one-off 2019 youth Test match against Sri Lanka, Evans delivered a clinical spell in the second innings, jagging 6/44 when the side claimed just seven in total.

For Premier club Ringwood, Evans has claimed 47 first XI wickets in just 31 matches since debuting as a 15-year-old.

Perry is among the talented players who consistently keep coming out of the Richmond Cricket Club (Monash Tigers) in the Victorian Premier Cricket competition. In addition to Perry, the Tigers have provided the Vics with other young stars Wil Parker and Jake Fraser-McGurk.

The right-arm quick has played just one List A match – his debut for Victoria against South Australia in November last year – but represented the Cricket Australia XI last summer when it took on the England Lions side. 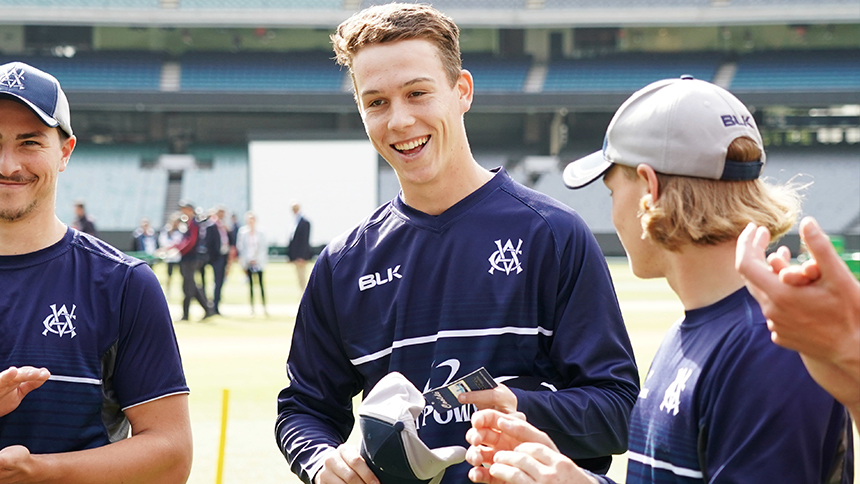 Perry is no slouch with the blade either; in a Second XI match last summer he smashed his way to an unbeaten 72 from 105 balls with nine fours and four sixes.

Teenage tweaker Todd Murphy has spun his way into the side with plenty of promise.

Murphy, at just 19, has already proved himself to be one of the more dangerous spinners for St Kilda in the Victorian Premier Cricket competition.

The right-arm spinner leaps through the crease with energy and very rarely misses his mark. In the 2019/20 season, Murphy claimed 25 wickets at just 19.96 from his 11 matches for the Saints.

Murphy proved himself to be a future star when he claimed a season best 6/12 against Kingston Hawthorn and averaged an impressive 23 overs a game in the red-ball matches.

Murphy also played for the Australian U/19 World Cup side in South Africa last summer and was a part of the sides historic run chase against arch nemesis England; sharing a 47-run eighth wicket partnership to seal victory for the green and gold.

Todd Murphy takes a wicket at the 2019 U19 National Championships

Xavier Crone has been in and around the Victorian system for a number of years and has been a regular performer in the Second XI in previous seasons, earning his spot in the extended squad in Adelaide.

Crone has played in three matches for Victoria, all of which were last season. When he hasn’t been playing for Victoria, the right-arm quick has been terrorising batsmen for Premier club Carlton.

The 22-year-old had his strongest season for Carlton to date last year, collecting 30 wickets at just 18.27. Over his short career for the Blues, Crone has quickly claimed 94 scalps and played the key role of taking the new ball in Carlton’s premiership in 2018/19.

Simon Mackin is no stranger when it comes to Shield level, having already played in 31 First-Class and 10 List A matches.

Mackin made the move from Western Australia after featuring in all formats for the WA sides.

Standing at 202cm tall, Mackin packs a searing bouncer and is a proven match-winner at Shield level. In the 2016/17 summer, Mackin had the ball on a string for the West Aussies, claiming five-wicket hauls in four successive innings.

The right-arm quick makes his move to Victoria with a great opportunity to crack into an encouraging young side. As he planned a move to Melbourne, almost every Premier cricket club in the state was after his signature, but he ultimately landed at the 2019/20 club champions, Melbourne University.