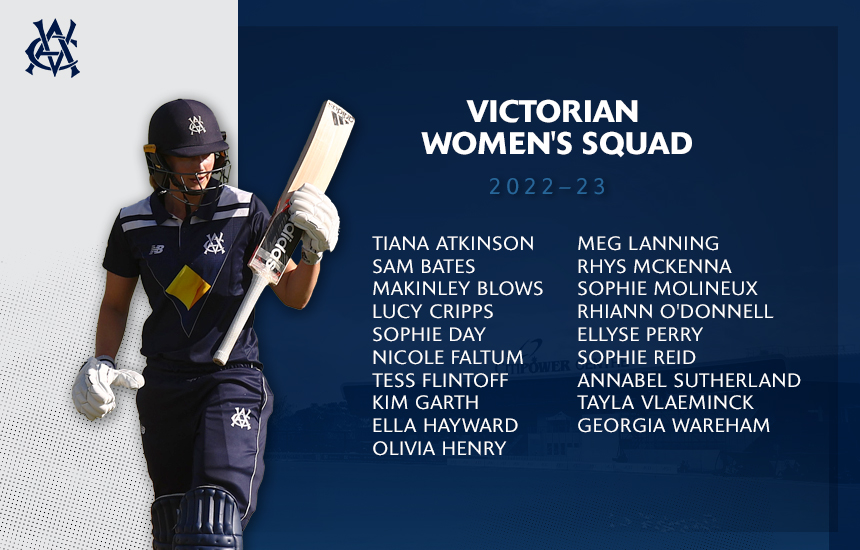 Cricket Victoria has confirmed its women’s contract list for the 2022-23 season.

A total of 19 players have been named in the squad including five Australian contracted players – Meg Lanning, Ellyse Perry, Annabel Sutherland, Tayla Vlaeminck and Georgia Wareham.

After making three appearances for Victoria in March, Sophie Reid has been awarded with her first Victorian contract. The 24-year-old wicketkeeper batter had a strong season in Victorian Premier Cricket scoring 493 runs along with 23 dismissals with the gloves.

Anna Lanning, Lara Shannon and Amy Vine did not receive contracts for the upcoming season.

“Sophie Reid and Olivia Henry are players who have performed well in Victorian Premier Cricket and have been on our radar for a little while,” Cricket Victoria’s Head of Female Cricket Sharelle McMahon said.

“Olivia has been progressing through our pathway system and we saw Sophie debut in the WNCL last season. Both players are at different stages of their careers, but we see a lot of potential and growth to come from both of them.

“We’re fortunate to have a number of Australian-contracted players, allowing us to provide more opportunities to players coming through the Women’s Premier Cricket pathway. With seven of our 19 contracted players 21-years-old or younger, we’re in a strong position to continue to develop our best talent.”