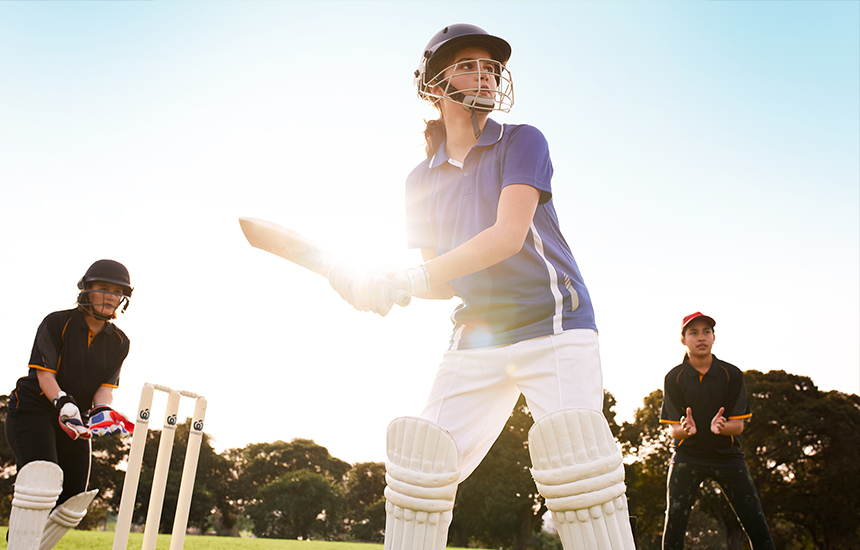 Victoria has retained its position as Australia’s top state for cricket participation in the Australian Cricket Census results released today.

Victoria’s total participation figure was 448,608 contributing to the national total of 1,650,030, the largest number of participants recorded in the history of the sport.

The results also demonstrate that cricket continues to be a sport of choice for women and girls as female participation in Victoria grew by nearly 5%. This included an 11.6% increase in the number of new girls’ teams taking to the field, driven by the ongoing investment in the national Growing Cricket for Girls Fund.

Females participating in cricket now makes up 27% per cent of total participants in Victoria, edging closer to our commitment in leading Australia in inspiring and supporting women and girls to love cricket. The growth of Rebel WBBL and the Australian team claiming their fourth ICC World T20 trophy continues to drive interest in cricket and creates outstanding role models for the sport to showcase.

Victoria is set to put women’s cricket in the global spotlight next February when the ICC Women’s World T20 comes to Australia, with the final to be played at the MCG on International Women’s Day 2020. 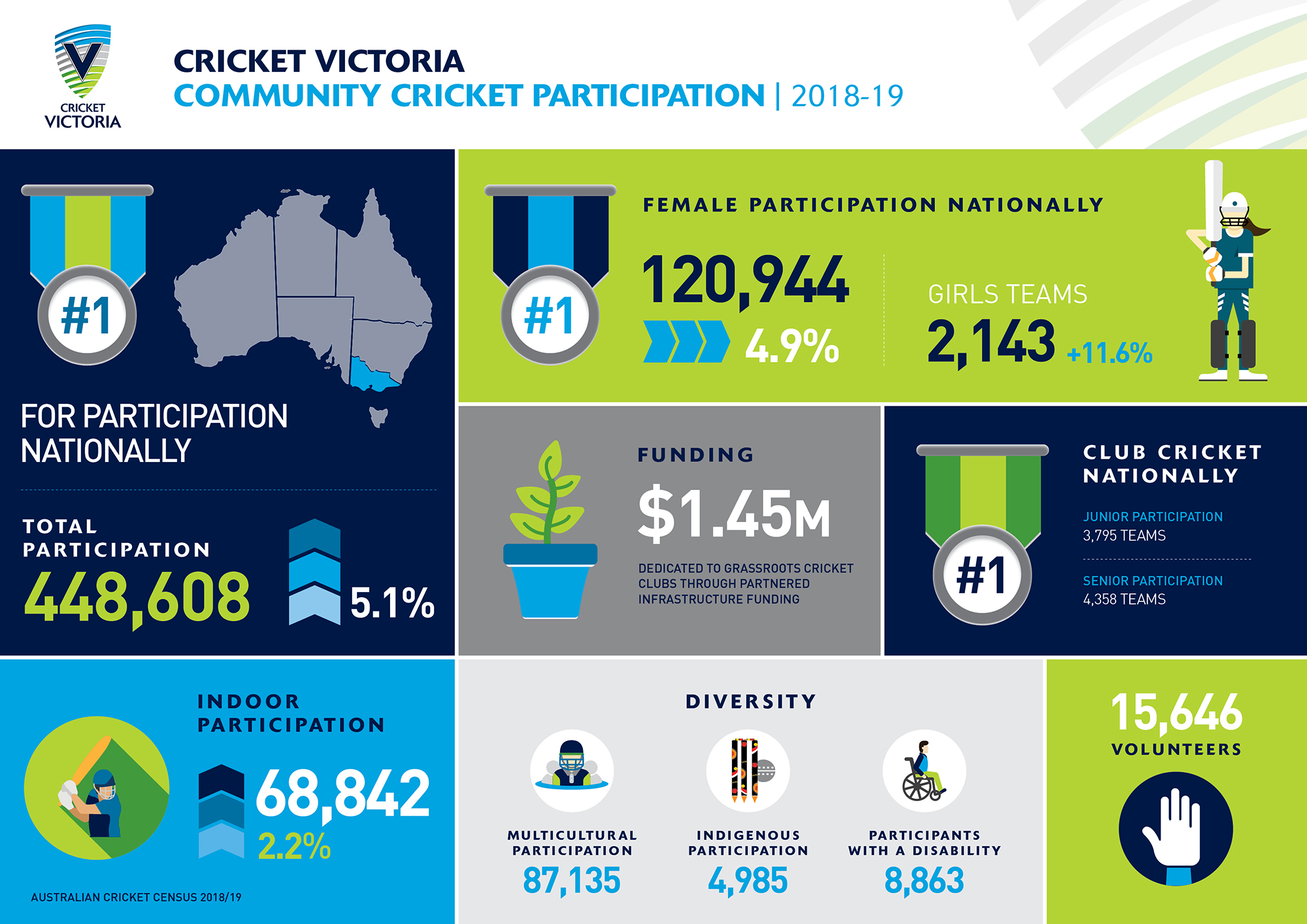 Whilst declining participation in organised sport in developed countries is a global trend, Victoria has delivered an increase in Club Cricket with a total of 8,153 teams across junior and senior categories.

As a sport for all, Cricket Victoria has continued its commitment to prioritizing diversity and inclusion. This has helped support 87,135 people from a multicultural background, 8,863 people living with a disability and 4,985 Aboriginal and Torres Strait Islanders choose to participate in Victorian cricket. This has been possible due to the ongoing support provided by the Harmony in Cricket Association.

Cricket Victoria CEO Andrew Ingleton said:
“We’re proud of the fact that we continue to lead the national results for getting more people involved in cricket. Today’s results showcase the strength of the game in this state and reflect the hard work of everyone in our cricket community – from players, coaches and administrators to curators, teachers and thousands of volunteers.”

“It’s really encouraging to see the continued growth in girls and women playing cricket. We’re committed to making cricket easier to be a part of and the results being delivered through our diversity and inclusion programs and increased participation in club cricket reflect that.”

“There is still significant work ahead of us though in attracting and retaining players, supporting the growth of our cricket clubs and improving our transition pathways from schools through to clubs,” Ingleton said.

A ‘participant’ is defined by the Australian Cricket Census as someone who participates in at least four sessions of a formal cricket program in a season.

The 2018/19 census has been compiled by the Community Cricket department at Cricket Australia in conjunction with each State and Territory Cricket association.